I would like to thank the organizers of this rally for the opportunity to speak. It is encouraging to see how many people have come out to support this protest. This is an important activity in a democracy for citizens to speak to government between elections. Recent poles suggest many Canadians are as upset by prorogation as we are.

The government needs to know that the disapproval of prorogation comes from a broad representation of the Canadian public and political parties. The reasons that we are here today is that prorogation is wrong for Canada at this time and it is in effect contempt of Parliament We must set aside what we believe are the motives for this political tactic and focus on why it is bad for all Canadians. It is the act of prorogation more than the reasons behind it that is doing the harm. This move delays action on many issues critical to Canadians including the economy, the environment, justice, and how we behave internationally i.e. the detainee issue. We must move expediently on economic, environmental and justice issues. We have to address the detainee issue, acknowledge our mistakes and take measures to prevent reoccurrences and hopefully regain the respect of the world community.

As the world’s economies continue to expand and as populations continue to grow, it is becoming clearer that we are reaching the capacity of the planet. Many believe that we are already exceeding the planets ability to absorb the impact of mankind. Consequently the urgency for the world’s governments to act carefully but with expedience is increasing. Prorogation will only delay action. Each and every one of us must be vigilante and speak out as forcefully as we can when things are so clearly wrong, as we are doing today in this rally.

Today must be a beginning for this cause. We all must keep this protest alive in the public’s awareness. All us must make this part of our daily communication, in letters to editors, in e-mails to members of parliament, etc.. We must remember this at the next election. Thank you all for your participation.

Fred Twilley
Posted by Green Party Sudbury at 2:08 AM 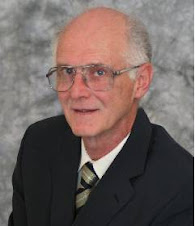